The triumph of color

The Mediathèque de l’Architecture et du Patrimoine (MAP) is an establishment of the Ministry of Culture. In 2020, it organized with the Centre International de Cerisay (CCIC) and the University of Rennes 2, a symposium devoted to color in photography. On this occasion, the MAP offered the Saint-Lô media library to explore its collections to retrace the history of color photography. It is this exhibition that is presented at Crest, with minor adaptations.

Indeed, even if its name does not indicate it, the MAP is the heiress of a public service which was a pioneer in photography : the Photographic Archives service. Since the middle of the 19th century, this service has increased its collection through donations and purchases, or by organizing photography campaigns itself. Attached to the Department of Historic Monuments, he quickly became interested in fine arts in general, was mobilized during the First World War, always in a documentary logic. From the middle of the 20th century, when photography was gradually recognized as an art in its own right, it welcomed donations from artist photographers.

With several million negatives and prints, this collection, one of the largest in France, tells the story of color photography, from its initial technical difficulties to its current domination. 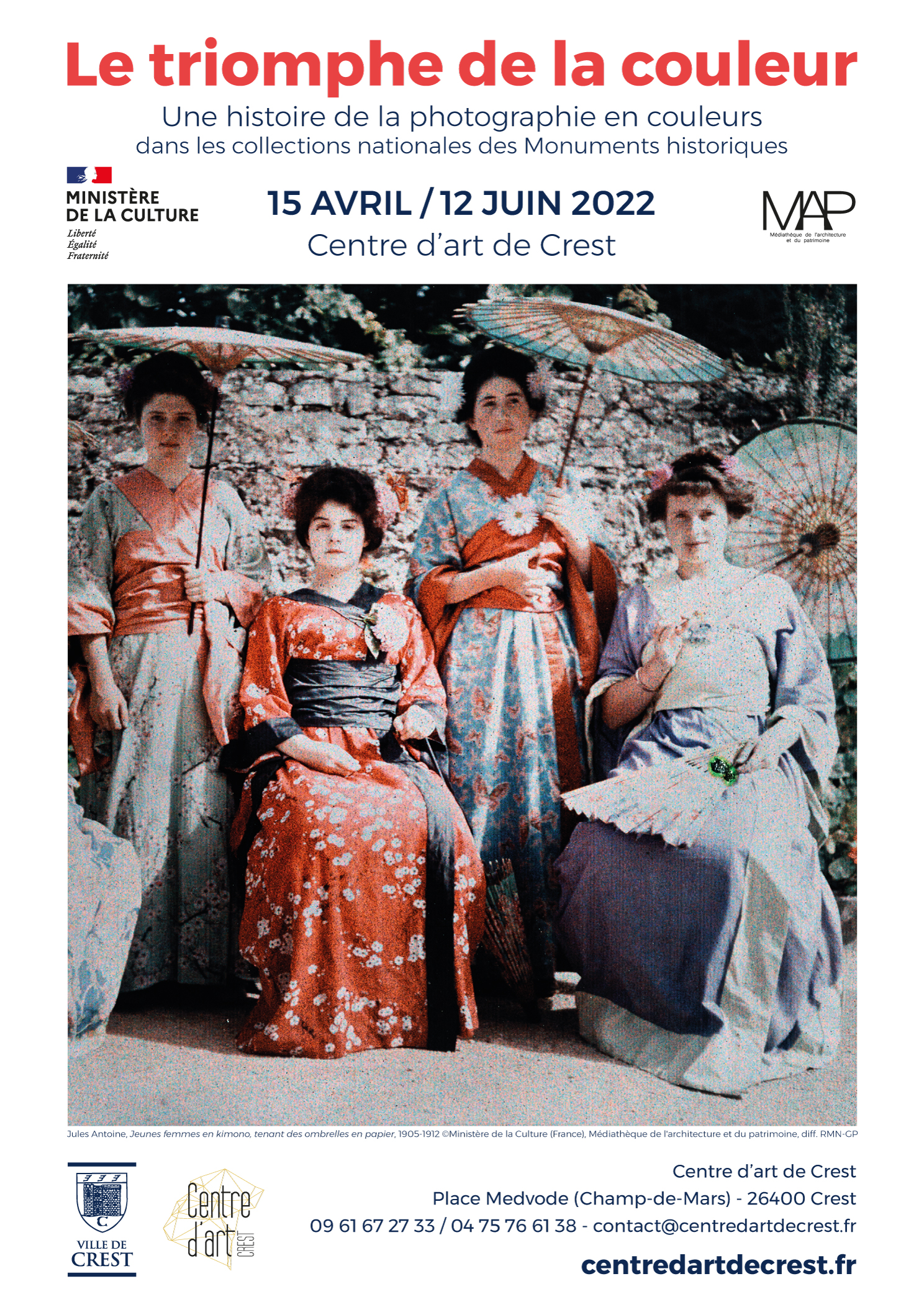 The Art Center invites you to discover the Triumph of Color exhibition alongside its curator Mathilde Falguière, heritage curator and head of the photography department of the Médiathèque de l’Architecture et du Patrimoine.

Registration at reservation@mairie-crest.fr, subject to availability.

All ages, entrance fee to the Center d’art.

# Guided tours for groups and schoolchildren