3D-3 TERRES is a collaborative project who brings together thirty partners questioning the evolution of ceramics and the arrival of new technologies in the scope of artistic professions. Animated by 8 Fablab and Cap Rural, the project allows 18 ceramic professionals (designers, potters, artists…) to discover and explore the numeric craft tools of 8 Fablab during 3 workshops.

3D • 3TERRES is a collaborative project, led by 8 Fablab Drôme and Cap Rural around thirty partners. Its aim is to examine the evolution of ceramics and the arrival of new technologies in the field of crafts, as well as their impact on local development in rural areas.

Following the acquisition of a ceramic 3D printer by 8 Fablab, the 3D • 3TERRES project proposes to experiment the use of a 3D printer with ceramics professionals.
18 of them, potters, artists, visual artists, designers, all from the Drôme and working clay, participated from November 2018 to February 2019 in a training-experimentation.
At the end of this time of discovery of the 3D printer, everyone was invited to produce one or more creations to feed a collective exhibition.

3D • 3TERRES The EXPO is running this autumn in the Drôme. It presents nearly 70 pieces digitally designed and printed in 3D, and shows what this encounter between digital and artistic professions produces.

Three round tables take place in parallel with the exhibition’s roaming and will allow for exchanges between professionals and deepen certain questions. At the Centre d’art, we host the workshop « Seizing digital 3D tools: needs and accompaniments of professionals » on Thursday, December 5th.

The exhibition was also visible: 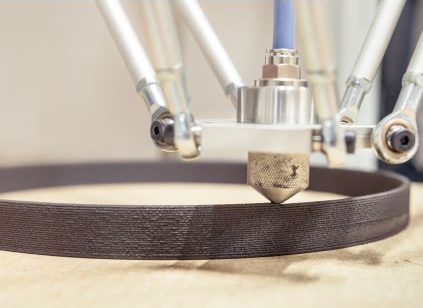 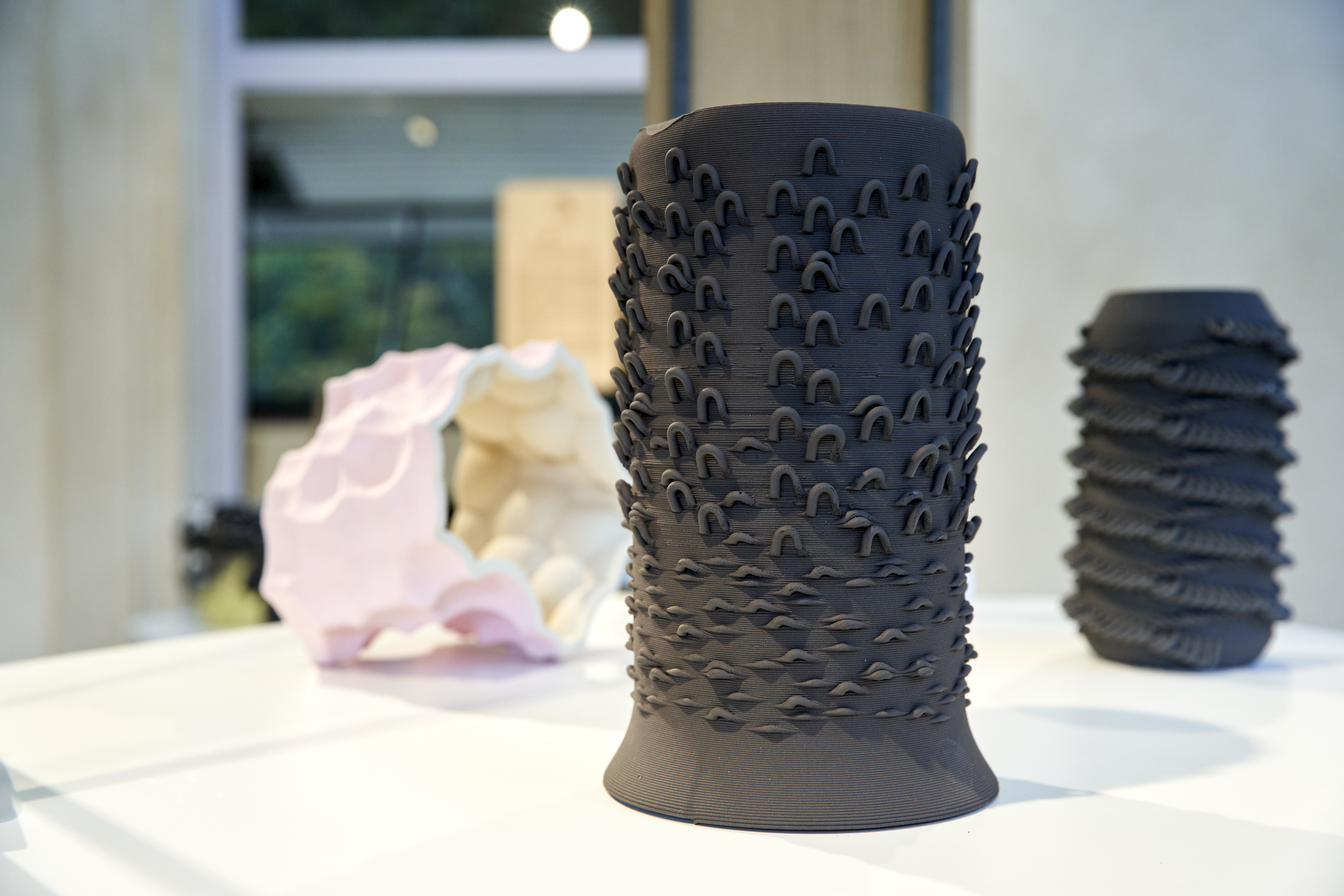 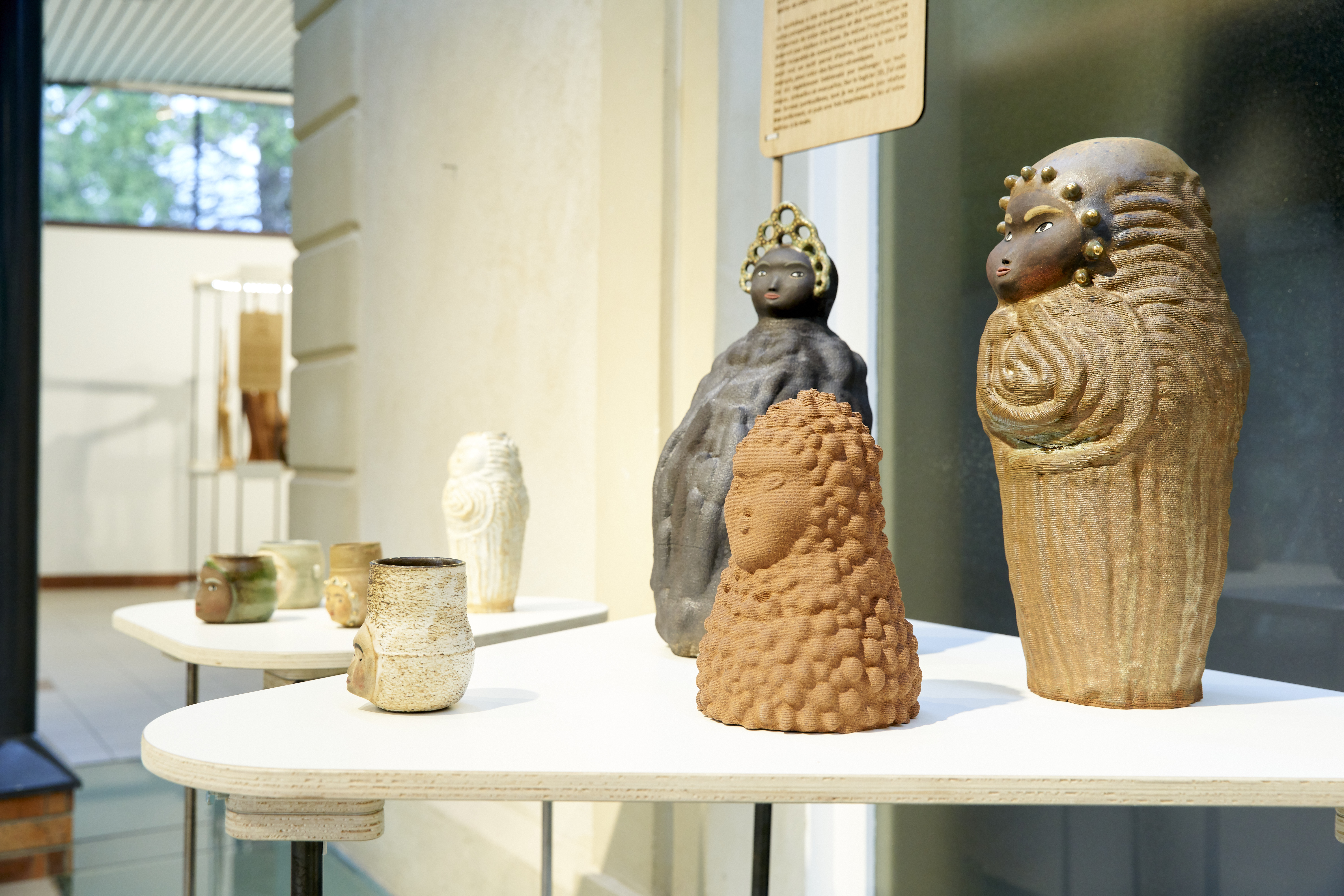 Thursday December 5th from 2 to 4 pm

By reservation. Animated by 8 Fablab Drôme and Cap Rural

In parallel with the exhibition’s roaming, round tables are proposed for professionals. The aim of these workshops  is to mobilise the local players to ensure  the appropriation of the project and create a dynamic on the territory.
The workshop is also the occasion to deepen the exchanges around the current experiment.

At the centre d’art, we host the workshop :
« Seizing digital 3D tools: needs and accompaniments of professionals »

The sundays at 4 pm

« Discover the creation on virtual reality »

Virtual reality is a technology that allows you to immerse yourself in a digitally created artificial world. The immersion is done using a virtual reality headset that places a stereoscopic 3D display system in front your eyes. Sensors detect the movements of the head, hands and its position on the game area. This technology finds its place in the 8 Fablab when it’s taken in hand by traditional sculptors who wish to open new horizons to the creation. Their practice is « increased » as they explore other ways to sculpt on a dedicated software. This is one of the techniques that has been chosen by some artisans and artists to produce their work with the 3D ceramic printer. In demonstration, it’s your turn to put on the helmet to be introduced to digital artistic creation.

The Centre d’art is eager to welcome private, school and community groups for tours or educational activites (« Discover the creation on virtual reality » and « Discovery of the 3D printing »)

This exhibition tells the life of painters who have chosen to confront their theories with local landscapes.

This exhibition is focused on a new vision of these artists. Martial Duvert, curator, wants to trace these different artistic itineraries.

In 1926, he chose Mirmande, in parallel with his teaching in Paris. He wants an « academy in the fields » that he animates from summer season. He wrote « Small Routes for Artists » which encourages a large number of artists to settle in the region and emphasizes the beauty of the landscapes and the financial benefits that make life easier for young artists.

He arrived in 1927, in an important house of sailors in Serrières, on the banks of the Rhône, and rented o residence, Moly-Sabata, in Sablons (Isère) : prestigious place, which is the starting point of a community of artists.

For Albert Gleizes, painting meets very specific rules. His publications on this subject are numerous, the most remarkable of which will be « Painting and its laws ».

Anne Dangar leaves Australia to join him, after reading his manifesto in favor of Cubism. She will be ‘the soul of Moly » until her death.

He joined his two friends by bike, each summer, with his wife Madeleine Théry, they live in Charmes sur Rhône. Later he moved to Crest alone.

He does not form an academy of artists, but he has the will to make known the Parisian artistic life to the provincials and encourage the local artistic vocations. « Art et Jeunesse » takes off thanks to his friends (Alain Rais, Jacques Clerc…). Each year, they organize exhibitions that surprise by the quality of the guests. Picasso, Zao Wou-Ki, Robert and Sonia Delaunay are exposed in the middle of local artists like Jacques Pouchain, Alain Borne and many others. 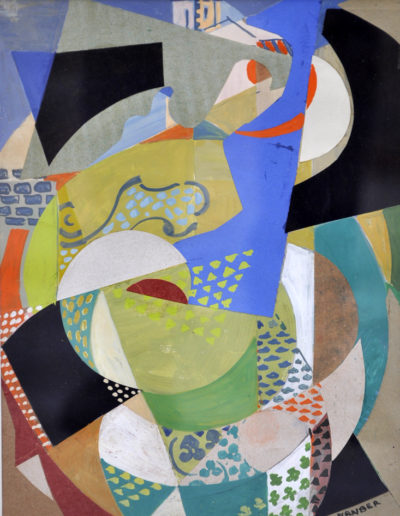 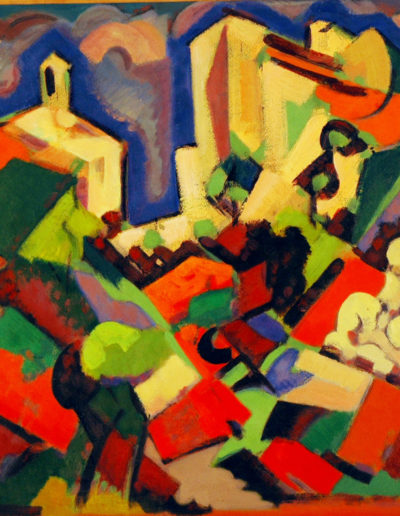 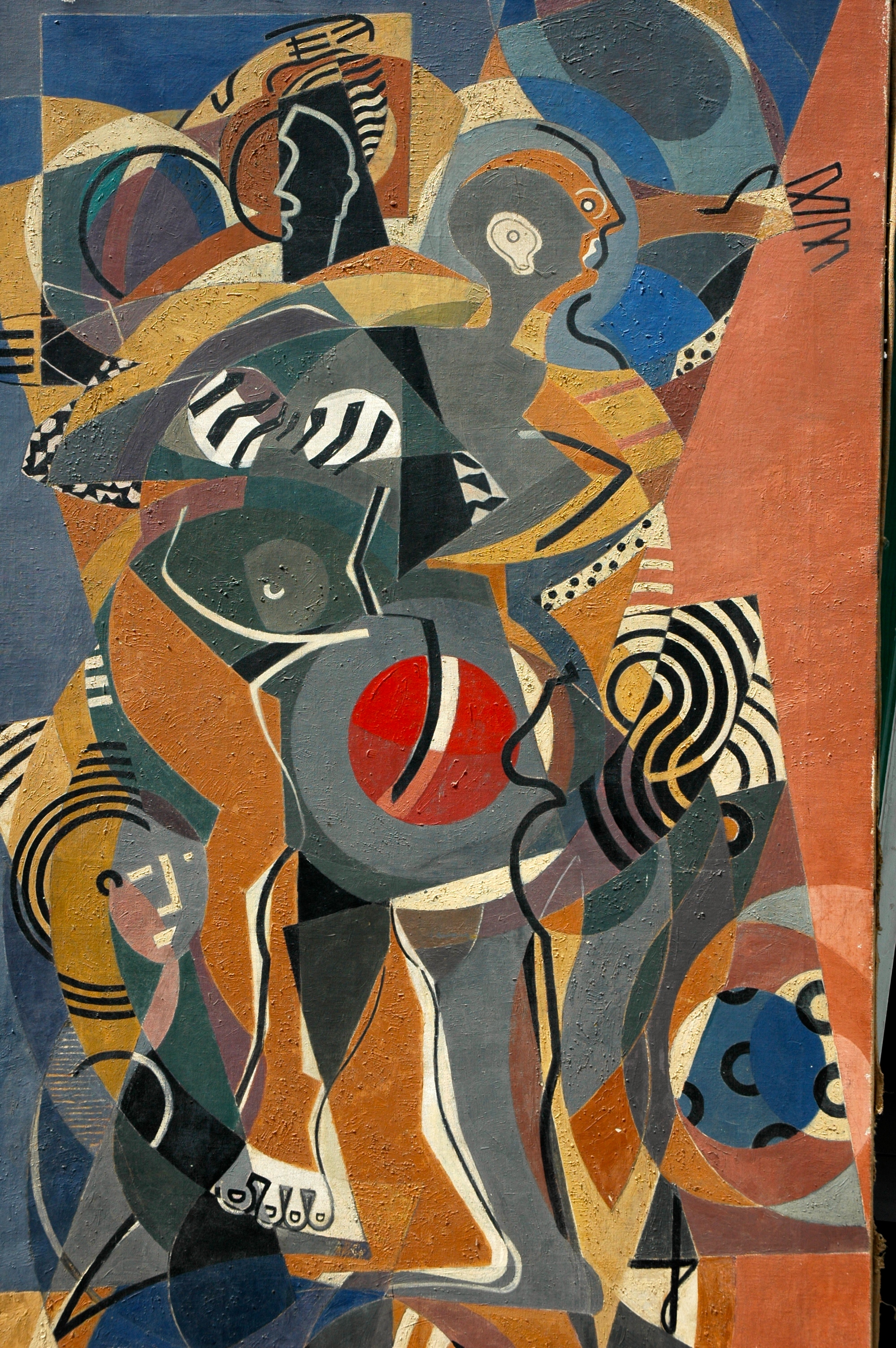 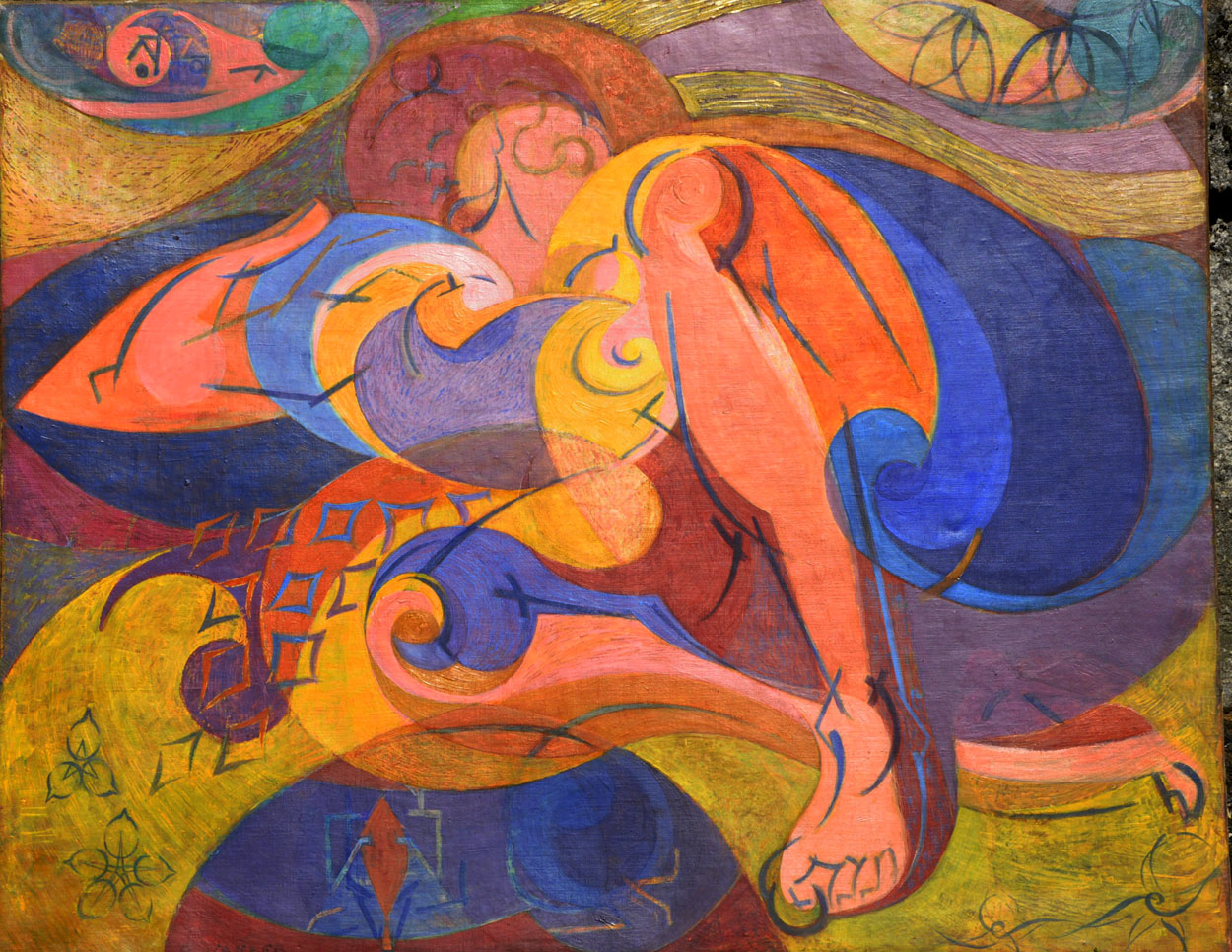 During the European Heritage Days, the Centre d’art is exceptionally open saturday and sunday from 10 am to 12.30 and from 2 pm to 6.30 pm. Several guided tour by the exhibition curator, Martial Duvert, will take place.

The Duvert gallery nearby the Centre d’art is open too and in free entry. Don’t hesitate to go visit it !

To see the entire activites program for Crest, you can follow the link here.

The wednesdays  at 5 pm and the sundays at 4 pm

Come discover the story of Albert Gleizes, André Lhote and Vanber accompanied by Martial Duvert, curator of the exhibition

Price : inclued in the price entry 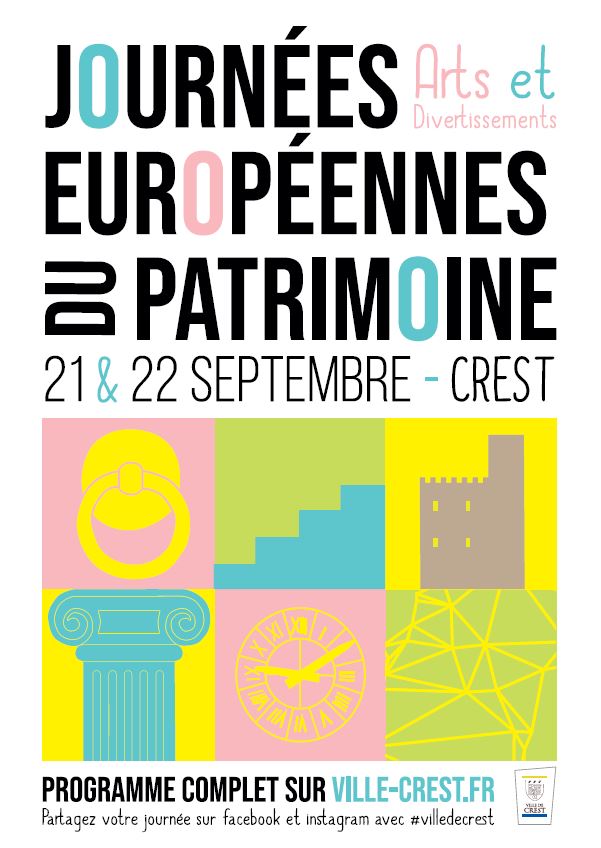 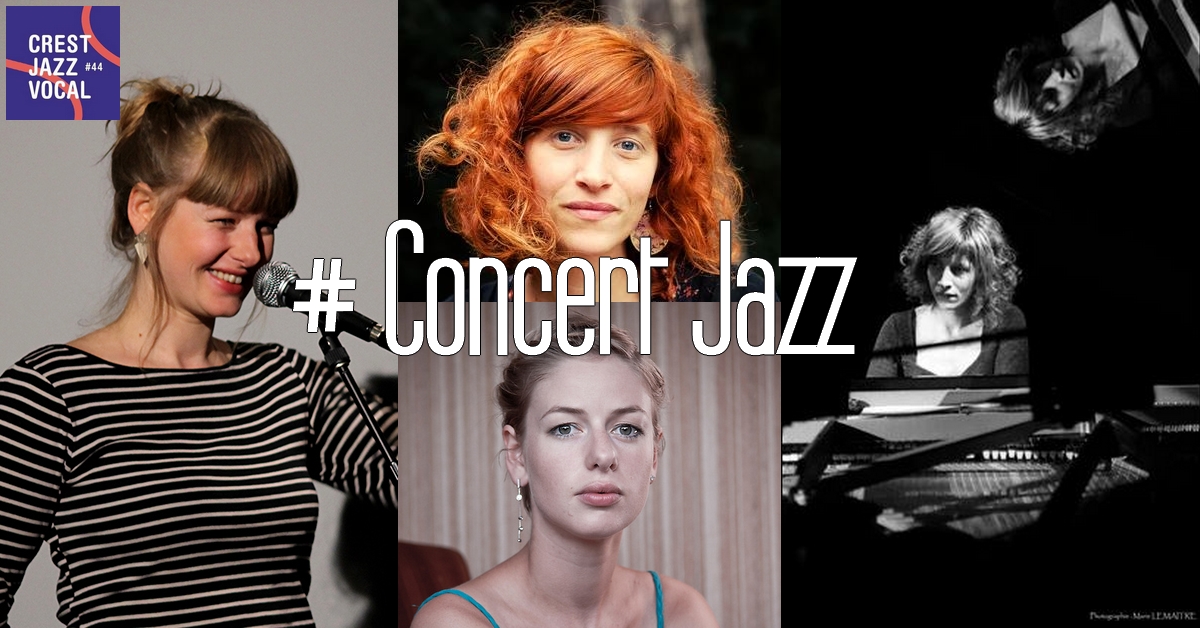 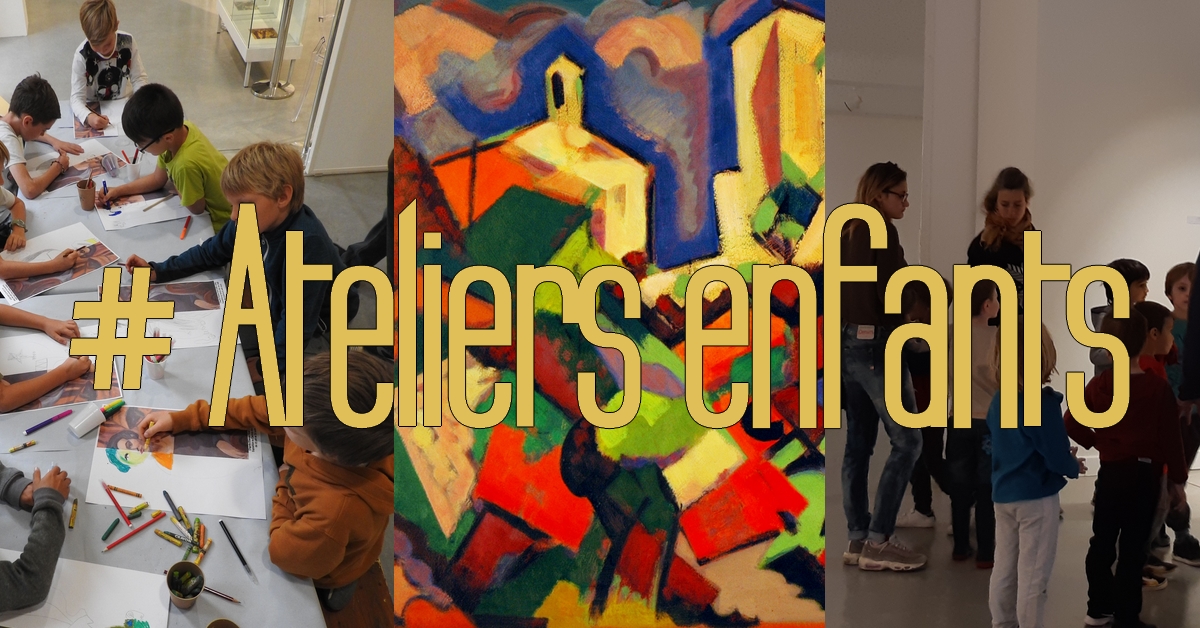 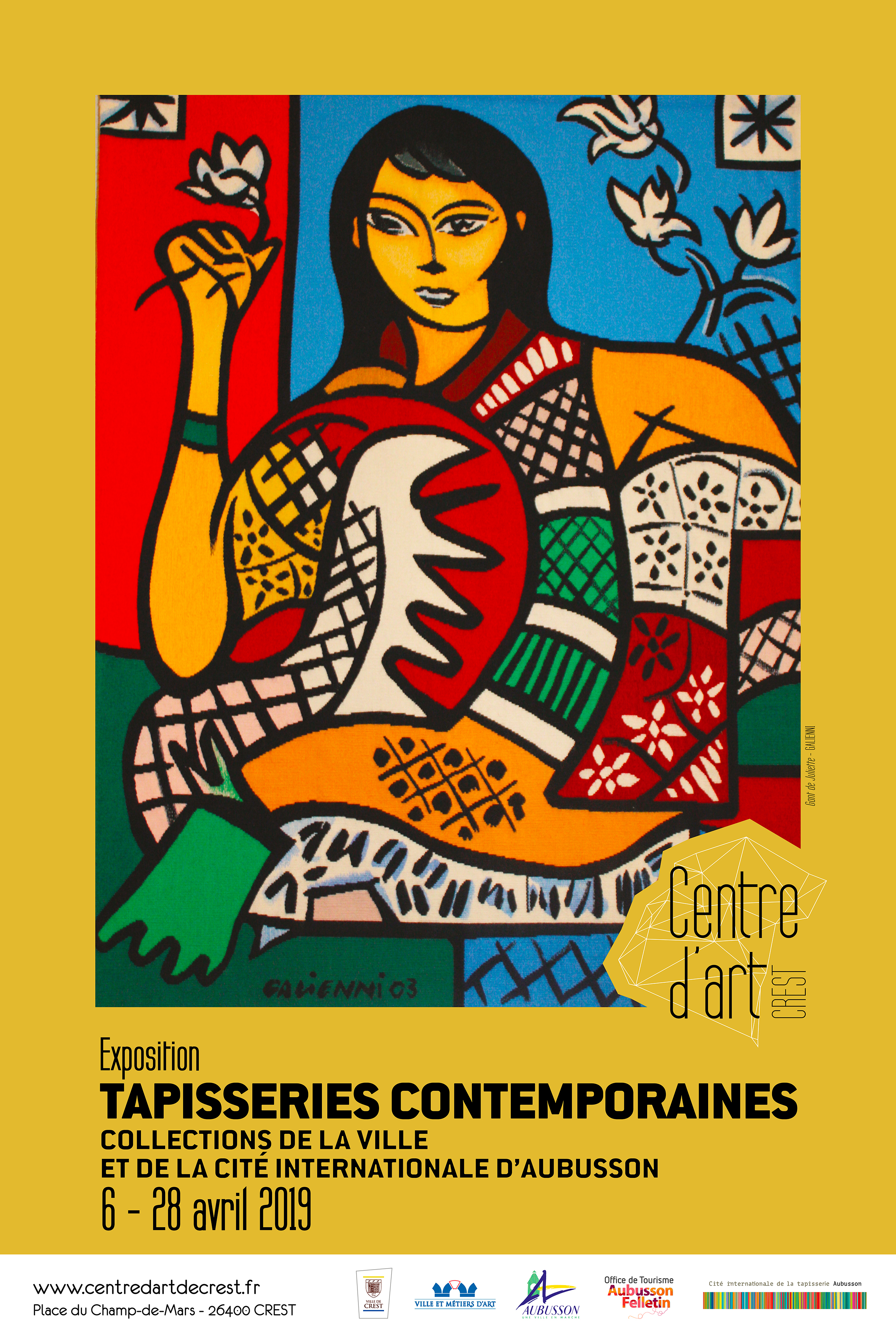 The great names of contemporary Franch tapestries will be in the spotlight during the month of April 2019. The works of Jean Lurçat will be in perfect harmony with Dom Robert, Jean Picart-Le-Doux or Jacques Cinquin.

This exhibition is an opportunity to discover rare artworks signed by great artists.
The threads of color adjust, knot, weave together to bring out tapestry, whether from Calder or Combas to name a few.

This exceptional collection of tapestries belongs to the city of Aubusson and Cité internationale. This exhibition, part of the European day of Art professions, is an opportunity to replace the Aubusson tapestry and its savoir-faire, recognized intangible cultural heritage of Humanity, in a process of transmission and opening to all audiences.

Tapestry has always been an integral part of the decorative arts. For centuries it has been the transposition of famous paintings by anonymous artists. Then, from the inter-war period, contemporary artists appropriated the tapestry and transformed its use. This modern and contemporary approach, highlighted in Crest, shows that tapestry is and remains a living and creative art in constant evolution.

On saturday 6th and sunday 7th april, on the occasion of the European days of Art profession, we will have the pleasure to welcome a master weaver who will make demmonstrations on a horizontal low warp loom.

(for children from 6 years old)

Price : inclueded in the price entry 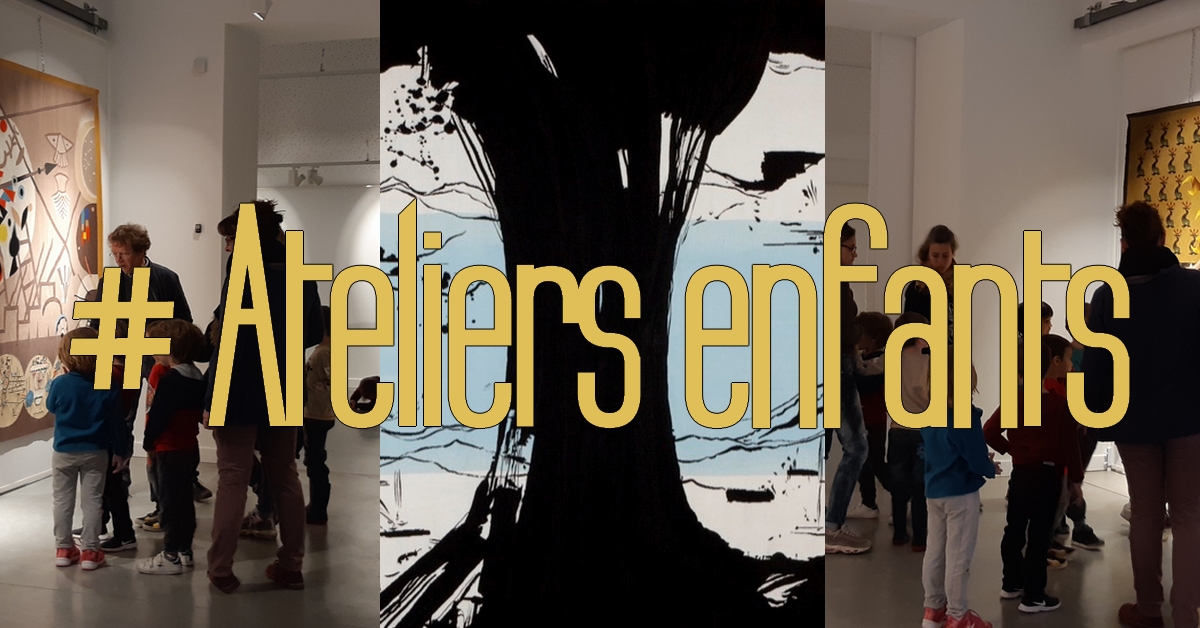 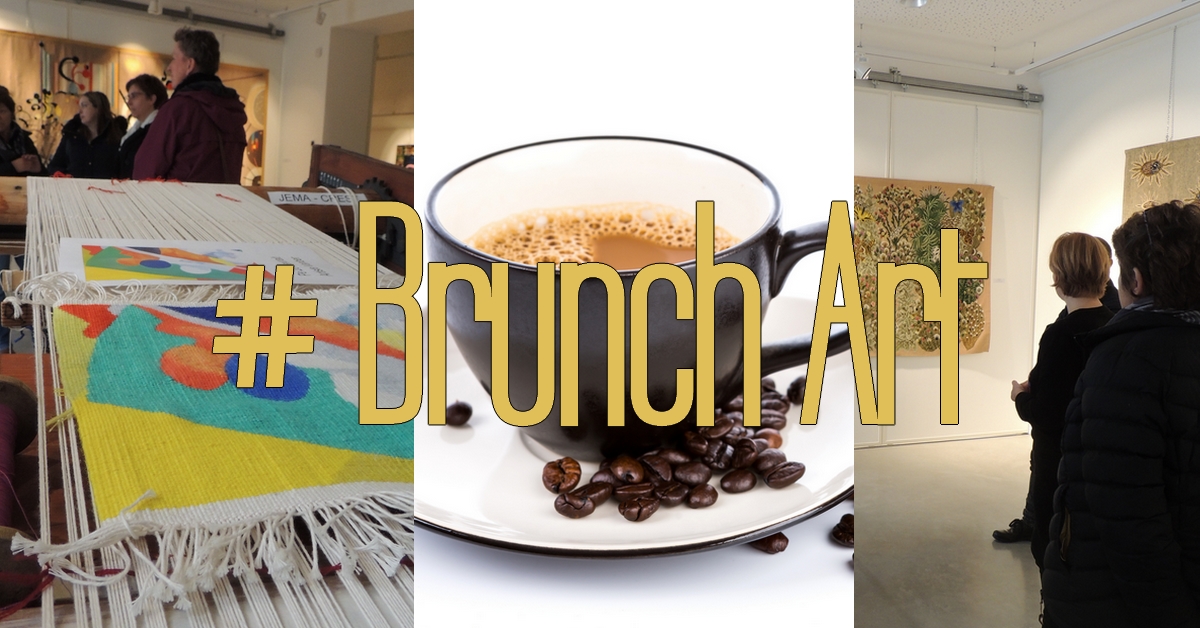