The City of Crest collection

The Art Center presents the Vanber donation, a hundred works donated by the artist’s heirs to the City of Crest in 1995.

From his academic training in the abstractionism, through Cubism, from collages of torn posters to his passion for the landscapes of the Drôme, the exhibition offers to discover the abundant work of an artist who settle in Crest in 1956.

Refusing to sell his paintings during his lifetime, he donated several dozen works to the Valence museum in 1994. In 1995, a few months after his death, his heirs made a large donation of around 120 works to the City of Crest, with the support of the Vanber Association. It is this « Vanber donation », usually hung on the premises of the town hall, which is presented in this exhibition.

Son of a photographer, Vanber chose painting after his meeting with Jean-Baptiste Antoine Guillemet in 1913. He received classical and academic training at the National School of Fine Arts in Paris from 1922 in the studio of Fernand Cormon, replaced by Pierre Laurens in 1924. In the same years, he attended the Académie Frochon in Montmartre. 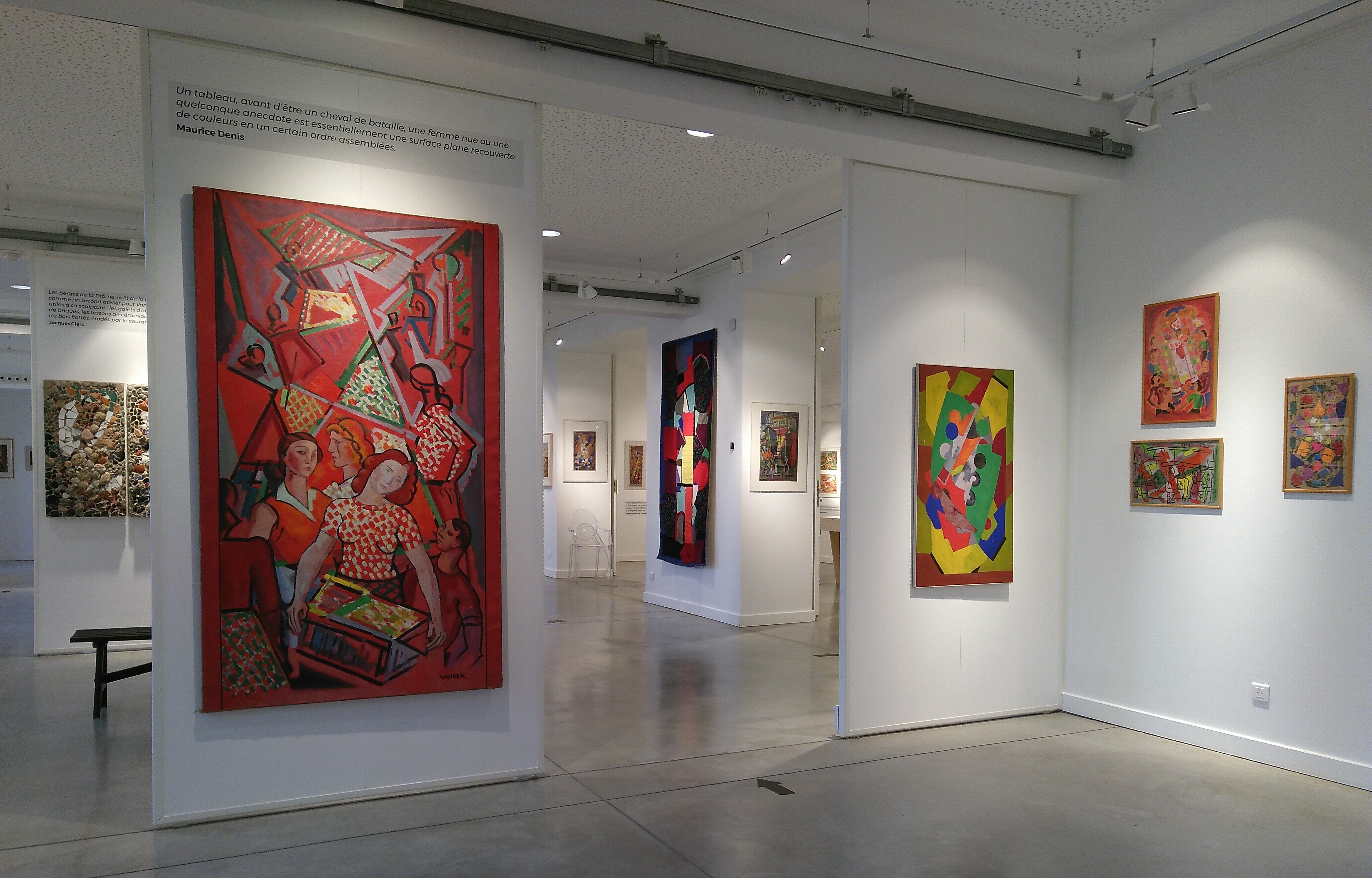 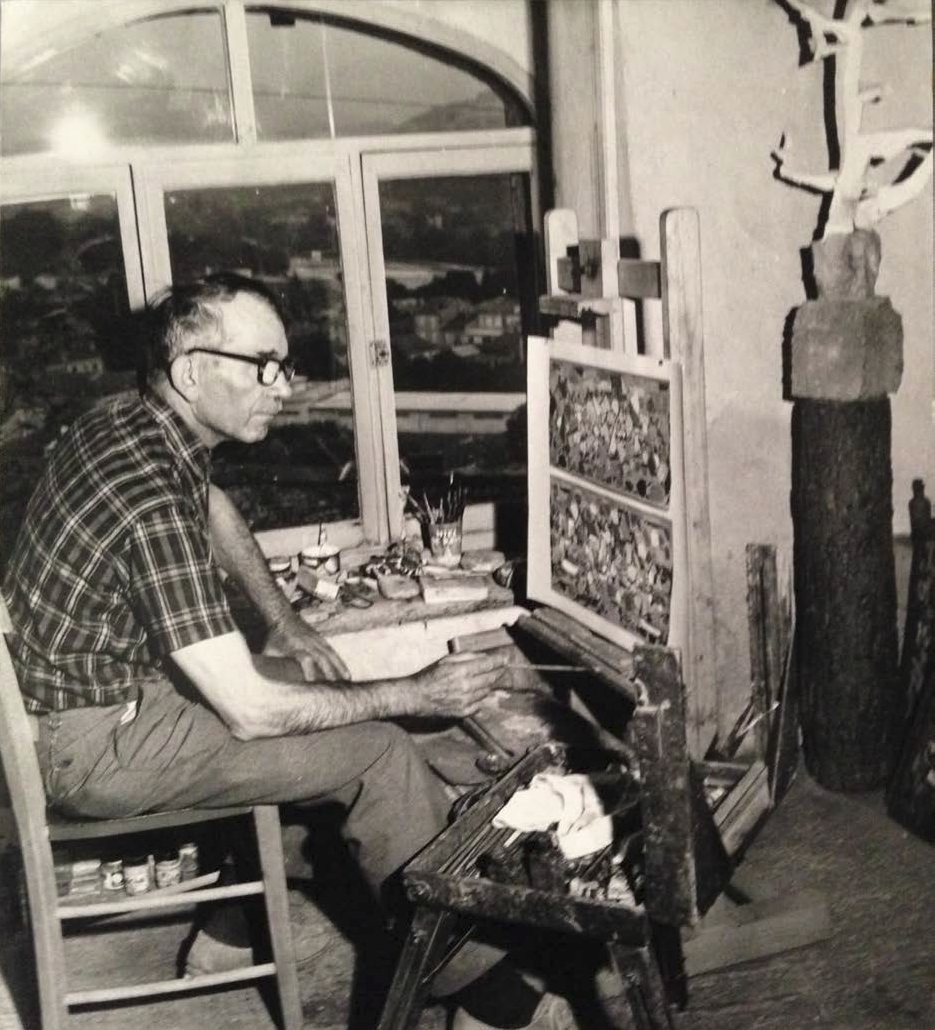 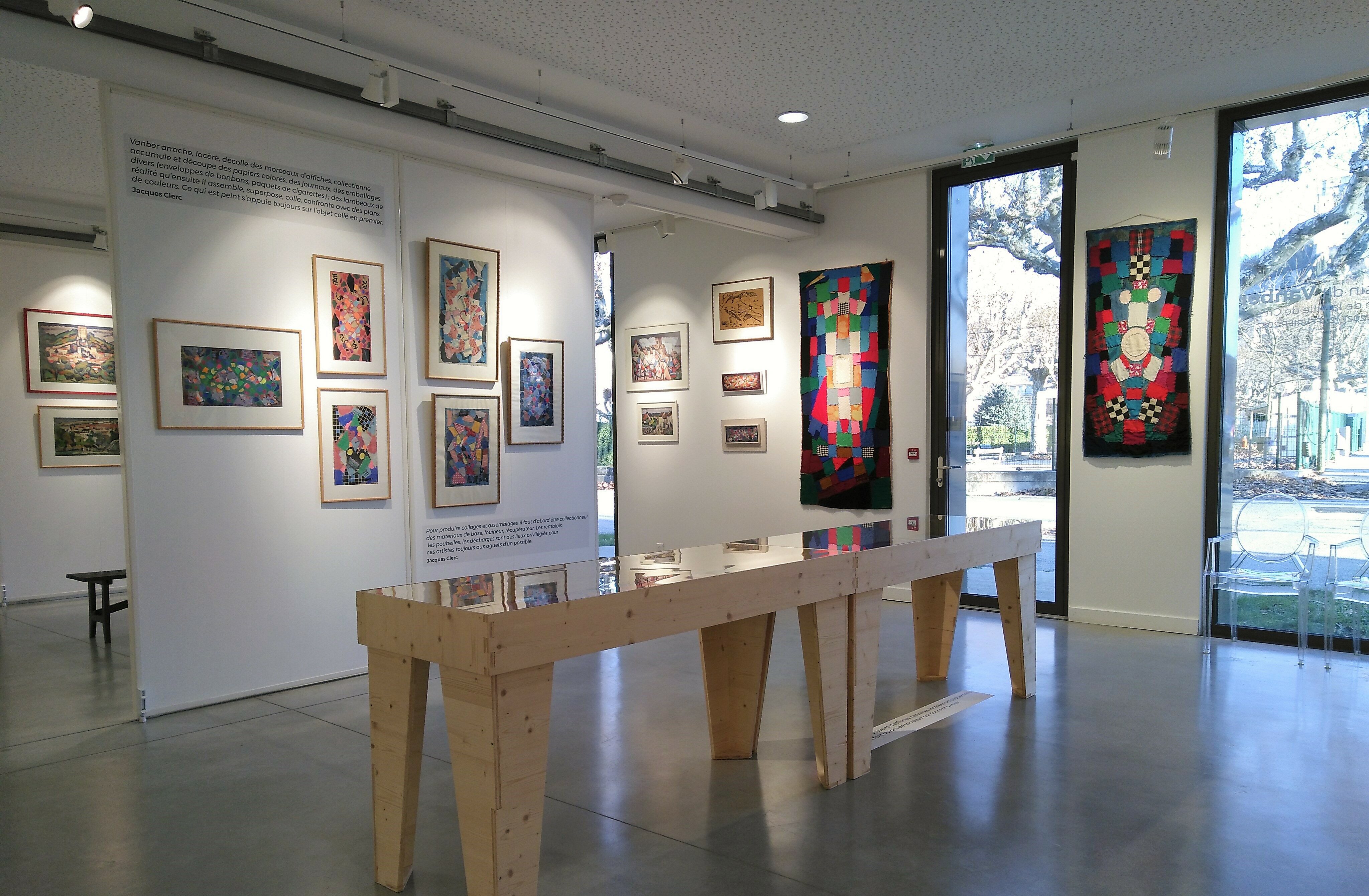 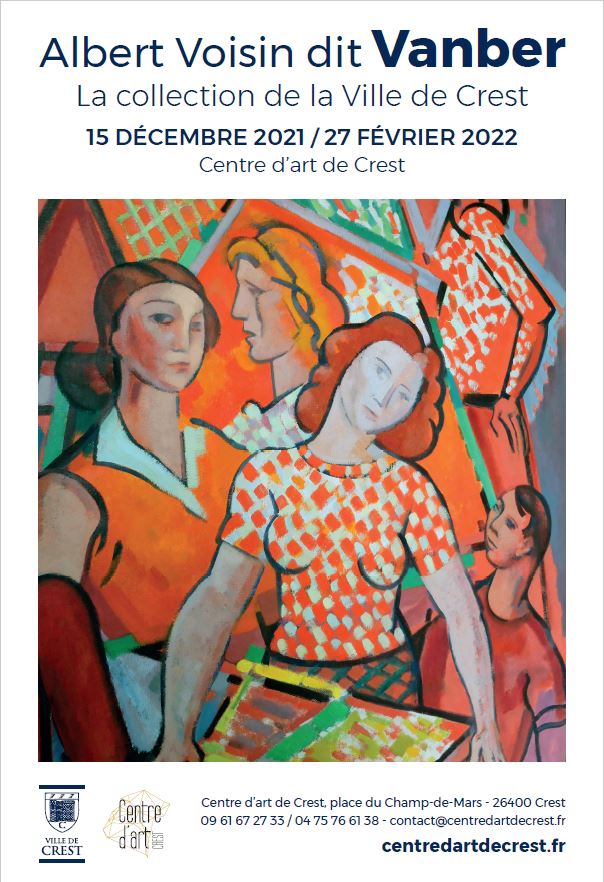 In the 1930s, he met the artists Albert Gleizes, Jacques Villon, André Lhote, Sonia and Robert Delaunay. These meetings will be decisive for the development of his artistic writing. He participates in many in fashion fairs and exhibitions: Salon des Indépendants, Salon d’Automne, Salon des Surindépendants, Salon des Réalités Nouvelles. He teaches in the City of Paris art schools.

In 1948, he discovered the village of Toulaud in Ardèche, with his wife, the painter Madeleine Théry. He discovers the Drôme through The Small Routes for the Artist, a work by André Lhote, based in Mirmande, which invites artists to appreciate the relief and light of the Drôme.

In 1956, he bought his house in Crest, at the foot of the Tower, and settled there permanently.

Vanber is strongly influenced by the cubist movement and the abstractionism, while maintaining a relationship to figuration and the work of matter. He was certainly one of the first to take off posters for artistic purposes – his first collages were exhibited at the Suzanne Michel gallery in Paris in 1951. Vanber is also an outdoor painter who works from the landscapes of Crest and its surroundings. He is also marked by the experiences of Moly-Sabata, place of artistic creation in Sablons, on the banks of the Rhône.

At the turn of the 1960s, he participated in the animation of artistic life in Crest, through the Art et jeunesse fair and the Drôme Valley Festival, an initiative still rare in the provinces in a very centralized artistic France.

It will be exhibited at the Valence museum in 1985, then on numerous occasions in the region, notably in Crest and Valence in the 1990s and 2000s. Works by Vanber are kept at the museums of Montmartre, Valence, Cherbourg and Condé-en-Normandie.

His works are signed but are not dated. They rarely have a title. When they have an original frame, it is white and made of recovered wood. These habits of Vanber invite us to consider his work globally, without hierarchy of technique or strongly determined chronology. He simultaneously practices painting on reality and abstract composition, and regularly returns with repaints on old works.

Discover our Vanber exhibition in video

The Art Center invites you to learn more about Albert Voisin aka Vanber alongside Martial Duvert, gallery owner, and Mireille Veauvy, artist. Both are members of the Vanber association working to promote the artist’s work.

All audiences, free access with the entrance ticket to the Art Center

# Guided tours for groups and schools

The Ephemeral Museum of Crest

Discover artifacts that tell stories of Crest and its region

The Crest Art Center is transformed  into the Ephemeral Museum of Crest and the Drôme Valley.

This is a temporary exhibition which, for several monhts, tells the stories of the city, its region and its people.

The principle ?
Create a collection, for the duration of an exhibition, by bringing together significant objects, which together constitute a museum of art and history :
– Historical past : documents, letters, archives, objects, photographs, etc. ; symbols, reflections, witnesses of a period, a collective or individual event ;
– Industrila, agricultural, artisanal, commercial past : objects referring to businesses, activities or professions that have disappeared in particular ;
– Intellectual and cultural, artistic history ; architecture, town planning, transport, sports and leisure activities, etc. ;
– Interesting objects from a documentary or art history point of view unrelated to local history. 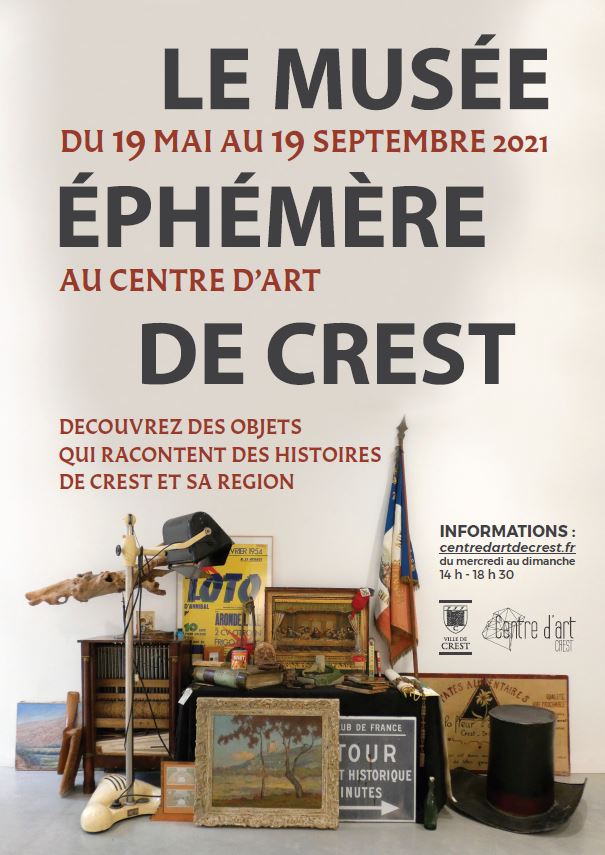 Some objects to discover at the Ephemeral Museum 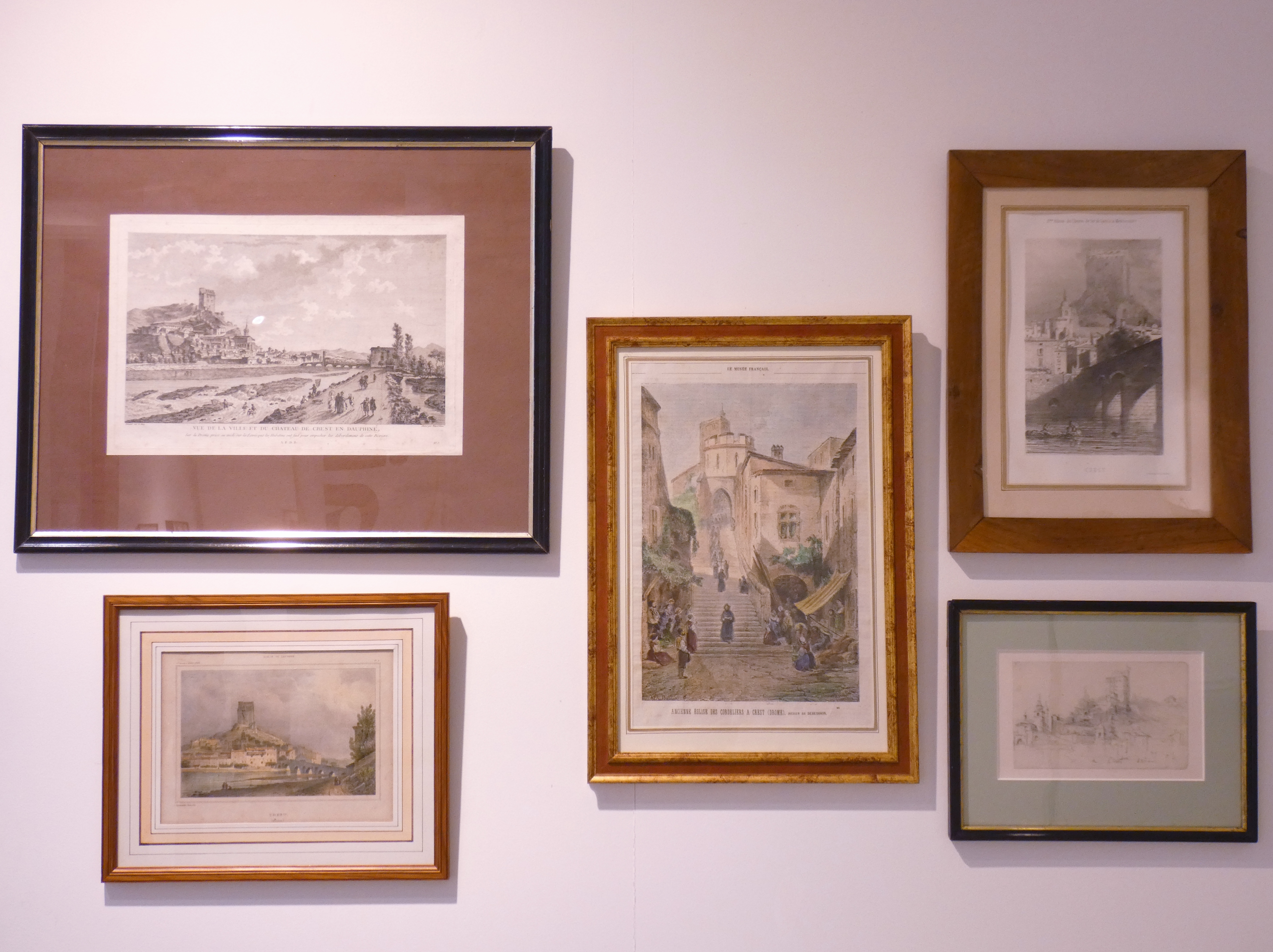 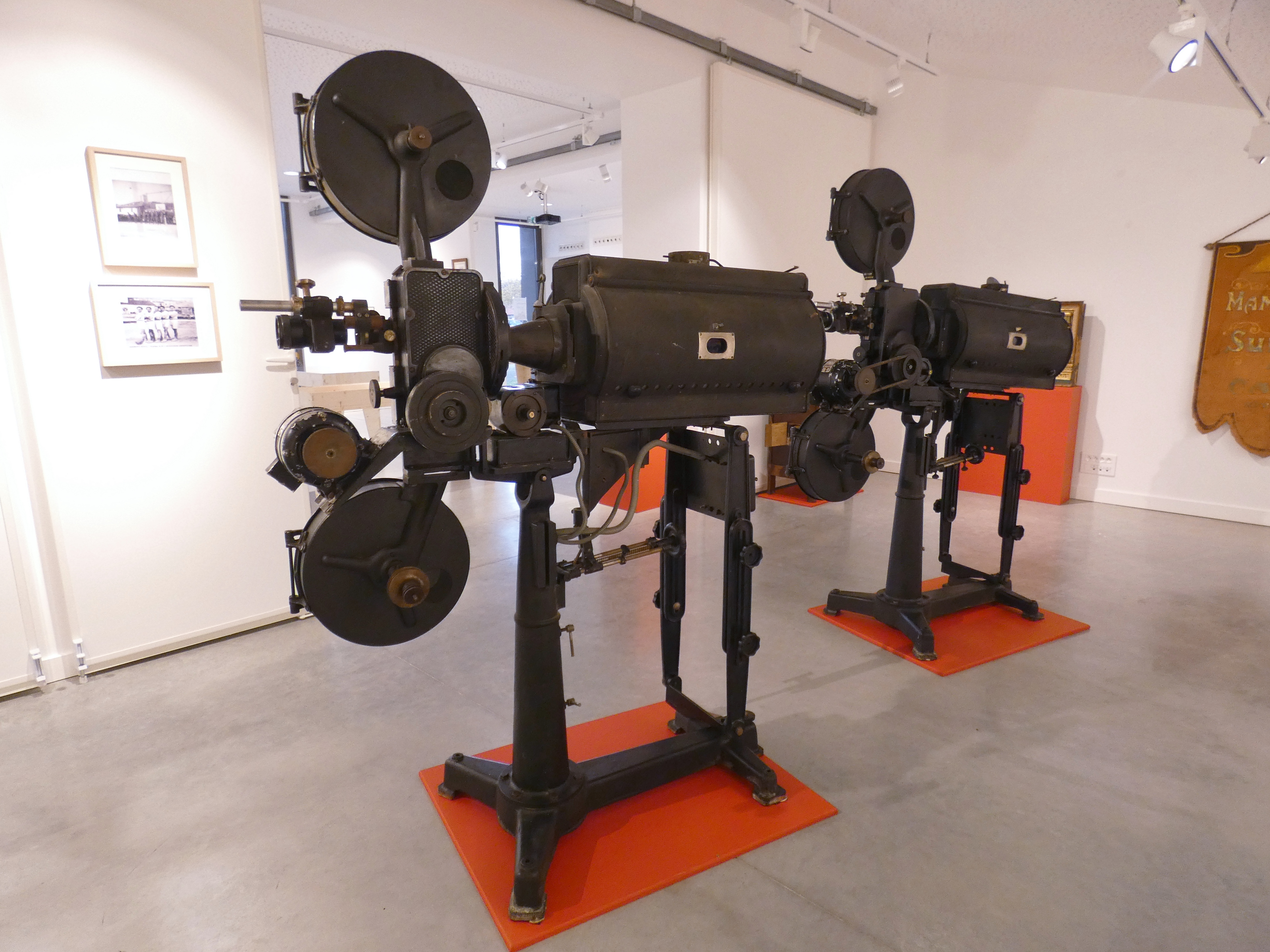 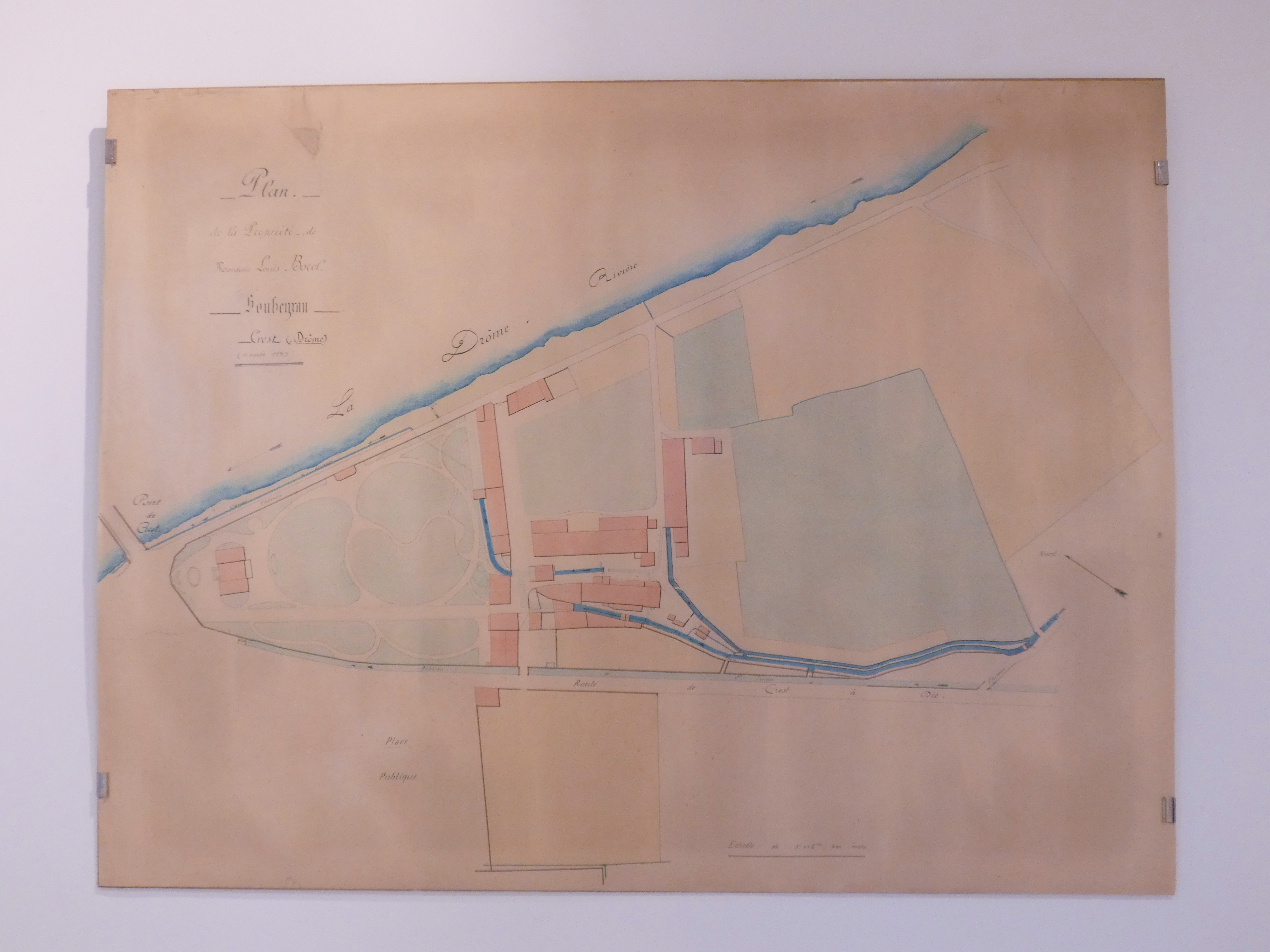 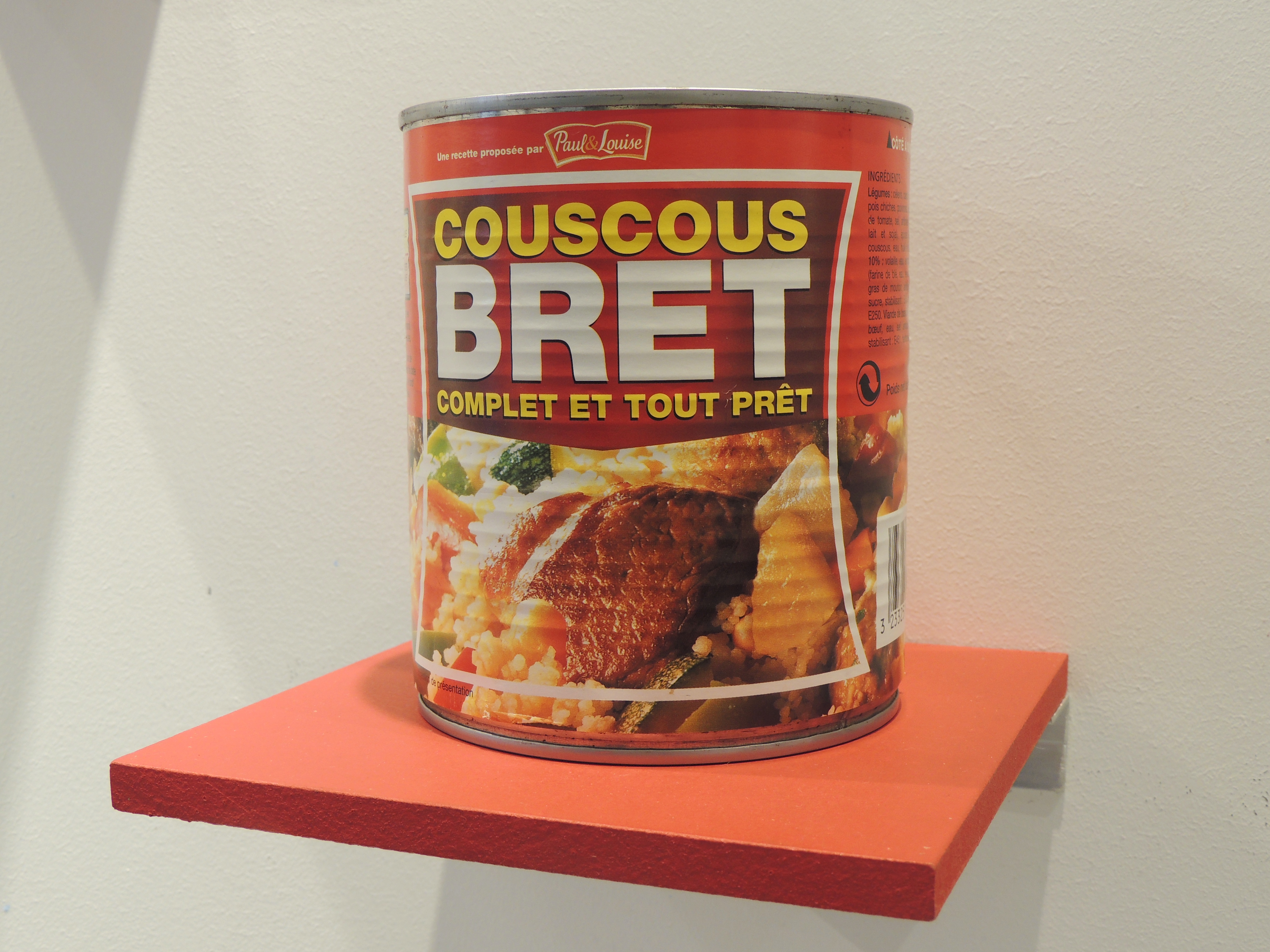 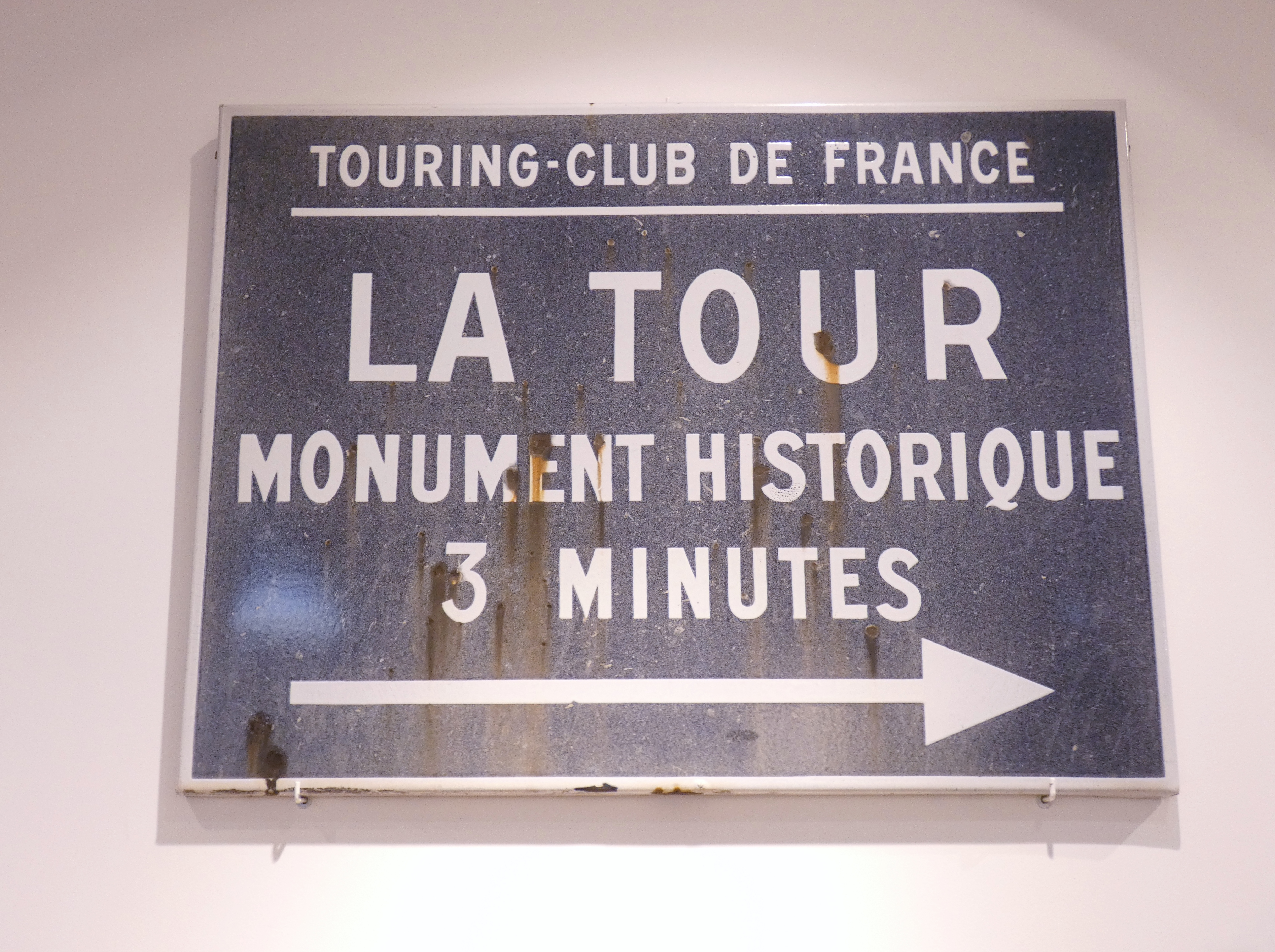 During the European Heritage Days, the Art Center of Crest invites you to discover the exhibition The Ephemeral Museum of Crest in a new way.

Saturday 4 pm : Meeting on Anne Pierjean
Works and personal items of Anne Pierjean, a children’s literature writer who spent most of her life in Crest, are presented in our exhibition. Anne Grangeon, her daughter, will present the book If I look over the shoulder of my life…, a posthumous collection of Anne Pierjean’s writings intended for adults.

Free activity, without reservation and subject to availability.

The Duvert Gallery located next to the Art Center is also open and free entry, don’t hesitate to visit it!

For the full program of events planned in Crest, go here.